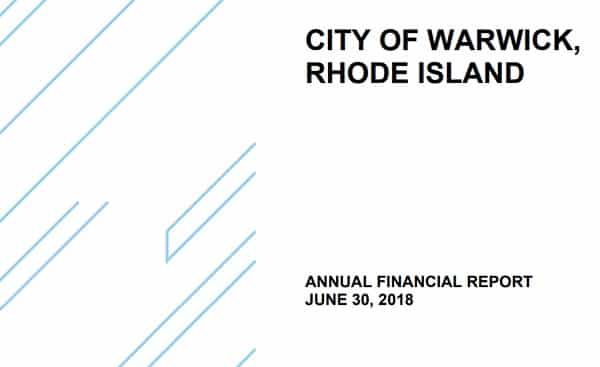 WARWICK, RI — By now, Warwick residents should be used to Mayor Joseph Solomon giving them, to put it generously, selective and contradictory accounts of the city’s financial condition.

His recent announcement on the FY18 audit is no different — by focusing on certain information and ignoring other data, Solomon is presenting another misleading set of claims about how Warwick is faring under his management.

Here’s a breakdown of several statements Solomon made in his FY18 audit press re lease this week, and how they stack up against the facts.

Predictions about using the surplus

The statement: “In his state of the city address several months ago, the Mayor had said that the city was looking at a fund balance that could fall as low as $13 million based on the projected use of fund balance in the 2018 and 2019 budgets.”

The summary: Solomon said in February that the FY18 budget would require $4.2 million from one surplus account (the so-called “rainy day fund”) to balance the budget, and that FY19 would require another $5 million withdrawal. Taken together, those withdrawals would reduce the fund to as low as $13 million. He also called Avedisian’s original estimate of $22 million in the surplus account “grossly exaggerated.”

The facts: The FY18 audit states that the city added about $100,000 to its rainy day fund, resulting in a total of $22.6 million. Avedisian had originally estimated a $22 million surplus in FY18. | Read the Warwick FY18 audit

The bottom line: The city’s rainy day fund was higher than Solomon claimed it was at his state of the city address, and could be as much as $19 million when the FY19 budget is considered in the equation — not the $13 million to $15 million Solomon claimed in February. Also, Avedisian’s estimate was not, as Solomon claimed, “grossly exaggerated,” and in fact, the former mayor underestimated what it would be.

The statement: “Due to austerity and cost saving measures implemented by Mayor Solomon upon taking office in 2018, the City’s unassigned fund balance (funds available for use) at the end of fiscal year 2018 actually rose by $104,000, to $22.6 million, and the total fund balance, including restricted funds, was at $27.4 million at year’s end.”

The summary: Solomon is saying that, during his time as mayor in 2018, he managed to use less of the city surplus than he’d previously claimed would be spent for FY18.

The facts: Solomon was mayor for the last 45 days of fiscal year 2018. Former Mayor Scott Avedisian ran the city for the other 320 days of FY18 with a budget that included no tax increase, instead of the tax hike Avedisian proposed that would have generated $7.1 million in income for the city.

The bottom line: Solomon is trying to claim credit for Avedisian managing the city without new tax revenue for 10 and a half months, and avoiding the use of the surplus to balance the budget. He’s also not specifying what those “austerity and cost saving measures” were.

The summary: Solomon is saying that his management resulted in less money being taken from the city’s surplus accounts, and the audit’s finding that the city added $100,000 to the unassigned fund balance, or the rainy day fund.

The facts: In addition to the “rainy day fund,” which is an account the city can use to balance its ledger without restrictions, the city also has other surplus accounts that are combined into what’s called the total fund balance.

For FY18, the city had about $4.3 million in an “assigned” account, meaning it was earmarked to balance the budget, and $157,000 in a school surplus account. The approved FY18 budget included that assigned amount (specifically $4,295,271) in a “fund balance drawdown,” and according to the FY18 audit, that entire amount was used.

Here’s an important distinction: Because it was in the budget as an “assigned” amount, that $4.3 million is not reported as a withdrawal from the rainy day fund.

So, what about that $1.5 million that Solomon mentioned?

A comparison of the FY17 and FY18 audits shows that figure includes about $1.3 million in “restricted” funds that were listed in the FY17 budget to apply to the FY18 budget, and a reduction of about $300,000 in the combined school and “assigned” accounts from FY17 to FY18.

The bottom line: Solomon is conflating several things and trying to take credit for what is, basically, something that looks good on paper. The term “total fund balance” in the FY18 audit refers to several line items, and not just the rainy day fund.

Most of the $1.5 million mentioned by Solomon was also a function of bookkeeping — the city put $1.3 million in the bank in FY17 so that it didn’t have to use another $1.3 million in FY18.

So, while the city’s rainy day fund did increase by about $100,000, the rest of the city’s reserves decreased by almost $6 million, something that Solomon seems to be ignoring.

The statement: “Solomon said that this (new surplus amount) shows that his plans to bring city spending back under control are working and that the city fund balance has begun to stabilize once again.”

The summary: Solomon is claiming that his management of the city’s budget as council president and mayor has controlled spending and improved the surplus.

Compare that to the FY17 budget, where spending was $2.5 million higher than FY16; the FY16 budget with $4.8 million more spending in FY15; and the FY15 budget that included $6.2 million more in spending than FY14.

The bottom line: The FY18 budget passed by the Solomon-led city council included the highest increase in spending in four years up to that point. The next two budgets passed with Solomon as mayor (FY19 and FY20) include at least that much more in expenditures, casting doubt on Solomon’s claim of bringing “city spending back under control.”

A surplus that grows by almost $12 million over five fiscal years is, arguably, already stable, but with the increases in spending (and potential need to tap the surplus) in FY19 and FY20, that record of improvement is in peril.

More of the same from Solomon

This latest set of claims from Solomon about the FY18 audit is nothing new — his record as mayor, so far, is one of trying to portray facts in a certain light that supports his perspective.

But a clear look at those facts — that as council president, Solomon approved the FY18 budget without a tax increase but with $6.5 million in additional spending; that he was appointed mayor with less than two months left in FY18; and that he incorrectly estimated the surplus left by Avedisian — proves that Warwick finished FY18 in better financial shape in spite of him, rather than because of him.

And with the tax and spending increases in the budgets he’s proposed as mayor for FY19 and FY20, Solomon has no grounds to say that he’s improved the city’s finances compared to where they were before he became mayor.

Conclusion: Solomon is still trying to push a version of events in Warwick that is simply not supported by facts. 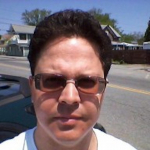