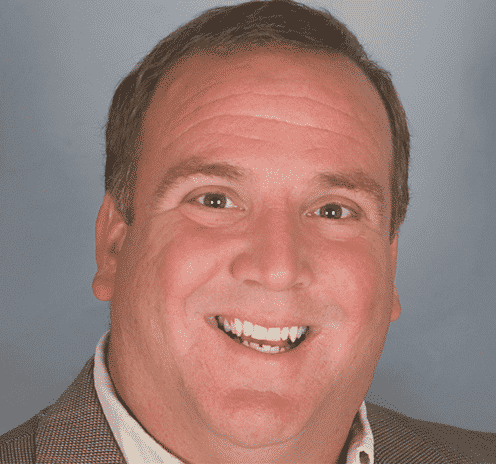 WARWICK, RI — Rick Cascella, 54, of Yale Avenue, a real estate agent with Williams & Stuart Real Estate, was a resident of the city for 53 years before deciding to run for a chance to represent Ward 1 on the Warwick City Council, where he aims to increase Warwick’s appeal to families with leadership on resolving sewer construction and school consolidation.
Cascella, former President of the E.T. Wyman Elementary PTA, won the endorsement of Mayor Scott Avedisian for Ward 1 in July. Cascella faced no opponents in the September primaries, during which his Democratic opponent, Richard Corley, won 45 percent of a slight turnout at 379 in the Democratic primary.
Warwick Post has presented each City Council candidate with the same series of questions for voters’ benefit in the days leading up to the election. Here are Cascella’s answers:
Why are you running for City Council – What do you feel you can bring to the board that’s lacking there now?

I am running for office because I have always wanted to serve and the opportunity presented itself at the right time for me. I bring an energy level and a good understanding of city departments that I think will be helpful. Also my connections in Ward 1 are strong and I think that bodes well for my future constituents.

Do you have any thoughts on the routine argument the City Council and the Mayor have each budget season regarding spending on road repairs?

In the last few years there has been an agreement with the utilities that work in Warwick. They return to resurface roads where they have multiple openings. I believe the Mayor would like to coordinate those repairs with road repair requests from the council.

I think you will see more harmony with road repairs when the new program with the utilities and the requests for repair from the council get more in sync.

What is your opinion on the long wait voters endured to view the Ragosta Report? Would you change anything about the City Council’s practices, given their own failure to release the document without a legal challenge?

It is a shame that the Ragosta report took so long to release for public review. I think when the issue finally came to a head the School Administration moved deliberately. Having the three administrators named in the report out of the system is a good thing and I am sure this new administration will move swiftly if these issues come up in the future.

After reading the Ragosta Report, what lessons do you see the School District, and citizens, should have learned about the power entrusted to its administrators and the ability of concerned parents and staffers to safely speak out?  What other conclusions have you made from your reading of the Ragosta Report?
I do not think parents or the principle involved were in fear of speaking out they were just not heard, Mr. Taylor was praised for his effort on behalf of the students involved but his concerns fell on deaf ears. I think all parents and teachers should feel empowered to speak up when the see or hear of wrong doing in the schools and I think there is a feeling of confidence in the process given what has transpired since the new school leadership was seated.
What are your thoughts on the School Consolidation process?

School consolidation is a necessary part of the evolution of the system given the changes in our cities school age population. I think many people understand the need for consolidation given the cost to utilize and maintain system facilities.

With that said, consolidation has been difficult. I am happy to see there has been an agreement to slow down the elementary consolidation while the system finishes the work promised in the secondary phase. I think going forward that it is important to have a clear agreement that the physical problems we face now are solved by the WSD, there is a new Teacher’s Contract and labor harmony and parents and students are satisfied that the facilities are safe. When we are all in agreement, moving to elementary consolidation can be taken up with confidence by all concerned that the process will move smoothly.

I do not think closing JBF is a smart move. I think repurposing Randall Holden as the Early Childhood Center is a better way to go:

Reason 1 – The consolidation report states that the capacity at Cedar Hill was kept lower to make way for more students moving into homes that might be built on the surplus of buildable land in Cowessett . The same logic should be applied to JBF in that the demographic in Ward 1 suggests that many homes will turn over in the near future and those homes, because of size, number of bedrooms and the area’s popularity are likely to be acquired by young families, adding many more school age students to the local population.

Reason 2 – Holden, despite the needs the building requires, provides two access points for pick up and drop off for students. Students can be brought in from Airport Rd on Dolores St. and also from Warwick Ave. This solves the prospect of increased traffic at Pilgrim/JBF and also the prospect of busing students through the PHS zone to a single entrance to Holliman which passes through a neighborhood. Also, There is land to the west of the building that could be repurposed to provide off street transfer of students to school.

Following the drowning of Jamil Stewart, 6, at Warwick City Park, and the revelations in the Warwick Police report on their investigation –  What steps do you feel the City should take regarding parks and recreation personnel training?

Having well trained staff in the Parks and Rec. department is important. It is imperative that beaches, parks etc. are staffed with the right number of employees with the best safety training. There has been a change in the leadership of the Parks and Rec. Department so I think we can expect a new leadership style that will tend to the necessary checks and balances needed to maintain an effective stewardship of all parks and beaches. I expect this unfortunate tragedy will inspire much more diligence from DPR leadership and employees when it comes to protecting our residents.

Do you feel Warwick is getting a good enough deal from RIAC in return for hosting the airport?

I think the airport has been a good neighbor. I am happy to see that RIAC is bringing capital improvements to a close. What I hope for now from the airport is more focus on noise abatement where needed, help with continuing to clean soil and water surrounding the airfield and the completion of commercial development as it relates to vacant or under-used RIAC properties on Post Road.
Please share your thoughts on any other pressing issues you’d like to address as part of your campaign.
One of the biggest challenges facing Warwick is the exodus of families to other communities. It has come to my attention that many young families have left us, in lateral moves, moving for something better. This is unacceptable.
This trend sheds light on other issues that are yet to be resolved in Warwick, like sewer construction, secondary school consolidation and the prospect of losing the upcoming elementary consolidation.
I think my attention to all of these issues will help solve the bigger challenge.