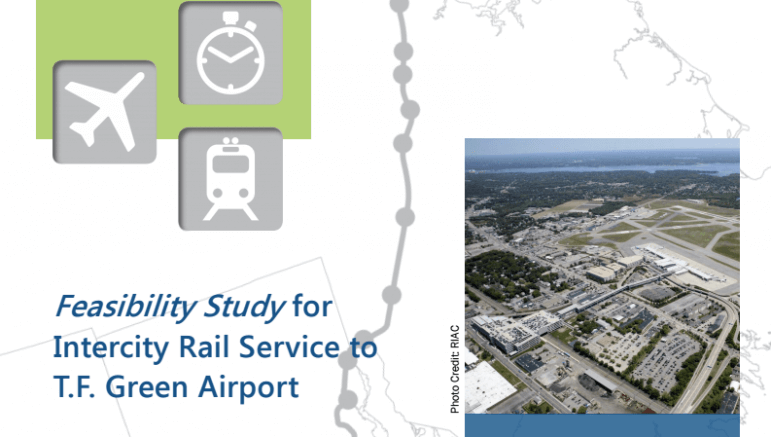 “Bringing a permanent Amtrak stop to the airport could help the state attract investment, create jobs, and enhance transportation options for Rhode Islanders and visitors to the state.  But it has to be done in a smart, cost-effective manner that builds on the significant investments we have already made.  This report lays out the benefits and costs not only of an Amtrak stop but of other alternatives for adding rail service at T.F. Green,” said Reed, the Ranking Member of the Appropriations Subcommittee on Transportation, Housing and Urban Development (THUD).  “I appreciate FRA working with RIDOT and Amtrak to conduct this initial study.  I will continue working at the federal level to support the state’s efforts to make smart, informed transportation investments that will grow our economy and make Rhode Island more competitive.”

The report evaluated each option:

The report states that substantial project development, cost estimation and engineering design before any of the options could be implemented.

Bringing a regular Amtrak stop to the airport would require upgrades at T.F. Green Station in order to allow Amtrak’s regional trains to stop there and to accommodate freight, commuter, and high-speed trains that also operate along that route.  Some of the non-Amtrak scenarios in the report do not require the same infrastructure investments but would require new investments in equipment and rolling stock, as well as higher operating costs.

“Following further discussions between Amtrak and RIDOT regarding which scenarios covered under this study warrant further analysis, the parties will develop a work plan to define the appropriate next steps. Project stakeholders will include the FRA, Massachusetts Department of Transportation (MassDOT), Massachusetts Bay Transportation Authority (MBTA) and the Connecticut Department of Transportation (ConnDOT). Rhode Island Airport Corporation (RIAC) and Providence & Worcester Railroad Company (P&W) will be consulted,” the report summary notes.

NOW, CHECK OUT THIS:
Rte. 6 West Tobey Street On-Ramp Closing Feb. 18
Further analysis may cover some or all of the following topics:

5. Identification of funding sources for capital and operating costs,

“As the airport works to bring in new domestic and international service, a better rail connection on the Northeast Corridor could be an added enticement for airlines and travelers,” said Reed, who noted T.F. Green Airport is nearing completion on a $250 million upgrade that includes lengthening the airport’s main runway to 8,700 feet to better accommodate bigger planes and long-distance flights, including West Coast and European service, and enhance safety.

Besides existing service to the Azores and Cabo Verde, the airport has added two new domestic carriers this year, and in June, it welcomed the first travelers from Europe on Norwegian Air International.  Plans have already been announced for service to the Caribbean next winter.