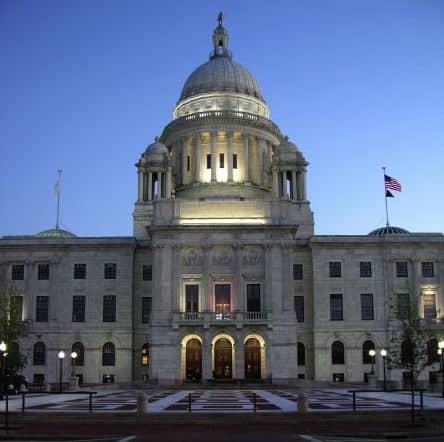 Editor’s note: The following information was provided by the Legislative Press and Information Bureau.

STATE HOUSE — The House of Representatives has passed legislation introduced byRep. Patricia Serpa (D-Dist. 27, West Warwick, Coventry, Warwick) that would give compensation to innocent people who have spent time behind bars but later released when new evidence shows they were not guilty.

“When an innocent person is put in prison, they not only lose their freedom but their future, their plans, everything they might have been,” said Representative Serpa. “Once they are proven innocent, the task of re-entering society can be even more difficult than it is for those who rightfully paid for their crimes. Unlike those who are paroled, who have many services at their disposal, the innocent have nothing. They are left with no housing, no income, and no health care.”

Rhode Island in one of 17 states that does not compensate the wrongfully imprisoned. That would change with the legislation (2019-H 5329A) Rep. Serpa has sponsored. The law would authorize any person who has been wrongfully sentenced to a term of imprisonment greater than one year to petition the presiding justice of Rhode Island Superior Court for an award of compensation and damages, including attorney’s fees.

“We as a society owe it to the wrongfully incarcerated to make up for the mistake we made in imprisoning them in the first place,” said Representative Serpa, who was contacted by a former Warwick police officer who spent six years in prison for a murder he didn’t commit. “We failed them when we slammed the cell door. This legislation will give us the opportunity to provide prompt and compassionate assistance to help make up for that mistake.”

Under the legislation, if the court found that the claimant was wrongfully incarcerated, it would grant an award of $50,000 for each year served in a correctional facility. For incarceration of less than a year, the amount would be prorated to 1/365 of $50,000 for every day served.

The award may be expanded to include compensation for any reasonable costs including housing, transportation, subsistence, re-integrative services, and mental and physical health care costs, along with reasonable attorney’s fees.

“This is not only the right thing to do, but it’s an important step we need to take to ensure the integrity of our criminal justice system,” said Representative Serpa.

The measure now moves to the Senate, where similar legislation (2019-S 0701) has been introduced by Sen. Cynthia A. Coyne (D-Dist. 32, Barrington, Bristol, East Providence).